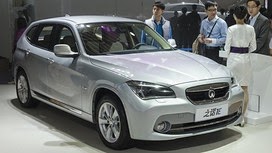 Click here to read this article at FT.com
Posted by Synergistics Limited at 23:03