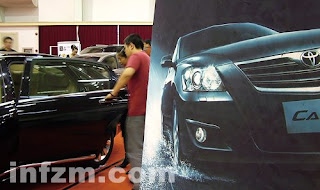 Click here to view the full article in Southern Weekly (中文)
Posted by Synergistics Limited at 07:25 No comments:

Expert: Protectionism no cure to economy

A US auto industry expert criticized Wednesday the recent Obama administration's protectionism decision to increase tire tariff on imported Chinese tires as a "blockage" to the circulatory system which will not cure the economy but likely to prolong and worsen the economic problems.

In an interview with Xinhua, Bill Russo, president and founder of Synergistics Limited who has over 15 years as an automotive executive including 5 years of experience in China and Asia, said "trade protectionism does not work historically."

When commenting on the effect of this tariff hike, Russo used historical example to illustrate his point of view. "Trade protectionism does not work historically. During the great depression, US increased import tariff on many thousand commodities, but it did not cure the economy and it most likely prolonged and worsened the economic problems."

He further explained: "You can use the metaphor of protectionism as a 'blockage' to the circulatory system that depends on free and open trading among countries. Currently, industries such as automotive are struggling to recover from the global financial crisis. An already fragile system is made more fragile when such measures are taken because of the net impact on overall global supply chain and logistics costs."

He warned that trade protectionism will restrict the circulatory system of the global economy, and protectionism is contagious which will spread all over the world and worsen the economic situation.

Talking about the long term impact, he said: "Over time, as global economies become more interdependent and as industries pursue cross-border alliances similar to Renault-Nissan and Fiat- Chrysler, Opel-Magna, and others, it will become apparent that such protectionist measures are actually of limited benefit on both the consumer and manufacturer side."

Obama administration imposed punitive tariffs on low-end tires from China this week. The US decision takes effect on September 26.

According to report, Obama cited a surge in Chinese imports that could destabilize domestic manufacturers as the reason for such decision. However, Chinese statistics show tire exports to the United States rose by 2 percent in 2008, and fell by more than 15 percent in the first half of 2009.

Posted by Synergistics Limited at 17:35 No comments: