China’s ailing car makers must “conquer their home market” before they have any chance of succeeding globally, according to Asian car industry consultant Bill Russo. 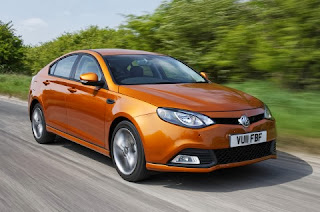 The home-market share of China’s car makers has been falling for some years, with passenger car sales by domestic brands dropping to just under 29 per cent of the market last year.

China is expected to export around 580,000 cars this year, a fall on last year, and many of the vehicles will be sold to less competitive markets such as the Middle East, Africa and Latin America.

Making inroads into the US, Western Europe and Asia-Pacific markets is still seen as a huge step, despite the Chinese government wanting to see its domestic car industry exporting to the rest of the world.

Speaking at last week’s Global Automotive Forum in Wuhan, China, Russo said although China would be the “centre of the automotive universe in the 21st century”, a globally competitive car maker had yet to emerge from the country. “It is difficult to live in the West and not buy Chinese-made goods, but where is the Chinese Hyundai?” he said.

Russo, who was director of product and business strategy at DaimlerChrysler, said the first hurdles for the domestic Chinese car makers were the problems caused by the “fragmentation” of the industry around the huge country. “There is no Chinese Detroit,” he said. “We need to see a consolidation of Chinese companies and get rid of the weakest. Such small companies cannot grow to scale in competitive markets.”

The next step, according to Russo, is for China’s brands to “develop a value proposition”, which he suggested could be “affordable transportation”. Referring to many domestic car makers who still think that undercutting imported cars is the most effective strategy, he said “China cannot trade on the proposition of ‘cheap’ cars”, because cheap is associated with poor quality. “‘Affordable’ is a much more positive association,” he said.

Click here to read this article at autocar.co.uk
Posted by Synergistics Limited at 18:27 No comments: 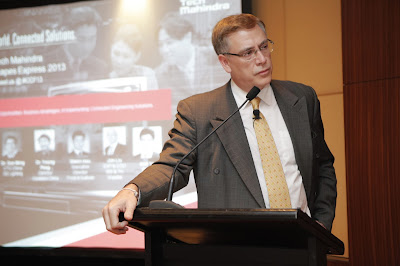 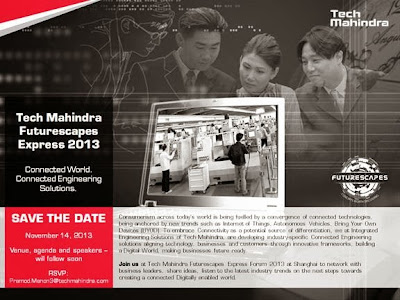 Posted by Synergistics Limited at 07:03 No comments: