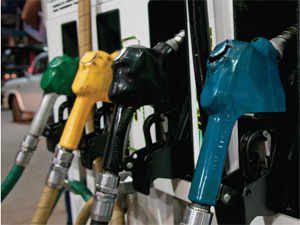 While it has always been far more efficient fuel giving higher mileage compared to petrol - a reason why heavy users like commercial vehicles use diesel - its use in the passenger vehicle industry was restricted for two reasons. One, diesel was relatively more polluting - releasing higher levels of particulate matter and harmful oxides of nitrogen and sulphur.

The past two decades saw increasing awareness and stringent curbs on vehicular emissions in different parts of the world. Led by California in the US, many other states and countries have regulated usage of diesel due to its polluting nature. In the US, availability of diesel at retail gas stations too is an issue. In India, Delhi took the lead by replacing diesel with CNG in public transport.

But there was another more important reason why diesel was not popular among passenger car industry. Diesel engines were bulky, noisy, more difficult and costly to maintain. Petrol, on the other hand, is smoother, more refined and has a higher throttle. "All this helped the case of petrol engines through the 1990s," says Deepesh Rathore, director (India) IHS Global Insight, a research firm. Most car companies - American, European and Japanese - focussed on building petrol cars.

It is exactly for this reason that Europe-focused manufacturers - Fiat, VW, Mercedes Benz and even American auto companies like Ford and Opel who have a strong presence in Europe - have a good line-up of diesel engines. Japanese companies like Honda, Toyota, Suzuki, Nissan and even Koreans like Hyundai have lagged behind. In India, Fiat's small diesel engine is being used by Tata Motors, Maruti and GM.

China, the new 600-pound gorilla of the car club, should have been setting the new trends on fuel usage. But it too swings the petrol way for multiple reasons even as it bets big on electric vehicles. One, China's car market offers very limited options in diesel vehicles. This constrains demand. Two, many Chinese cities do not allow registration of diesel vehicles. Three, legislation norms in China requires lower amounts of sulphur in diesel and that variant is in limited supply. But the big reason is that "Chinese government does not favour diesel as the local industry lacks experience in developing advanced diesel power trains," says China-based Bill Russo, senior adviser, Booz & Co, a consultancy.

But other governments have been pushing for cleaner low-sulphur diesel for years. Last year, India joined in with Delhi and 12 other Indian cities introducing low-sulphur diesel.  All this comes on the back of technological innovations brought about by car manufacturers to improve diesel engines - on both emission and performance counts. The first game changer was Bosch's (common rail direct injection (CRDi) technology that made diesel engines run faster, quieter and smoother almost like the petrol one while boosting its efficiency by 25% or so. VW, with aspirations to lead the auto world, is betting on TDi - turbo-charged direct injection.

Soon-to-be-implemented Euro V norms in India will help diesel as these engines are installed with catalytic converters which have lower carbon monoxide emission.

This will greatly increase the attractiveness of diesel engines in future, say auto pundits. But some stubborn mature markets like the US and Japan are finding it difficult to shift preferences. "Diesel gives me 30% more fuel economy. These engines have changed so much in the recent past that when you sit inside the car you won't know the difference. Still, Americans' perception of diesel - of loud, rumbling engines that do not start in winter - continues," says Rebecca Lindland, US-based auto analyst with IHS Global Insight.

Which way will India swing? Though minuscule now, India could be the next big frontier for diesel engines. It is tipped to be the world's third largest passenger vehicle market by 2020.

The historical price-skew favours diesel over petrol big time. For many Indians, still buying their first cars, operating costs are a critical factor under consideration. "The petrol-diesel price differential will always be there. And diesel with better technology, more power, more fuel efficiency and better environment - I see a big growth for the next four to six years," says Neeraj Garg, director, Volkswagen (passenger car) India.
While diesel cars are more expensive than their petro counterparts, it is the running cost that gives them an edge.

Fuel efficiency is among the top three criteria that Indian customers benchmark their cars before purchase. "Repair and maintenance costs of diesel engine are typically 14% of total operating costs per km as against 8% for petrol engine," says Singapore-based Mohit Arora, executive director, JD Power, a research firm. "That 6% differential is more than offset by the huge price differential (38%) that the two fuels have in India," adds Arora.

The thumb-rule till recently was that if a car owner clocks around 11,000 km annually, the benefits of a diesel car begins to far outweigh its higher costs. That threshold should now have lowered a bit with the new round of petrol price hikes.

Most importantly, diesel's prospects in India are also boosted by the fact that more automobile companies are now launching new cars in diesel variants to woo customers. So far, diesel engines have largely come in bigger vehicles, above 1200 cc.

The smallest that was available till recently was 1200 cc Fiat engine. GM has launched a 936 cc diesel variant of its Beat model. The engine was specially developed for Indian customers. "Our R&D will continue to look at smaller engines [diesel]," says Michael Boneham, Ford India MD. Honda-SIEL, the company that stayed firm on petrol so far, is expected to launch diesel variants of City and Jazz in India by 2013. Hyundai is expected to launch diesel variants of i10 and Santro in future. Maruti Suzuki is developing a sub 1,000-cc engine for India even as VW is likely bring in the diesel variant of the smaller Up in the near future.

Says JS Chopra, head, Delphi-TVS Diesel Systems, a supplier of diesel engine component to M&M and Tata Motors: "Diesel option is compulsory now for every model. For a car manufacturer, its range is not complete without a diesel option." Many like Ford, GM are setting up flexible engine plants that can easily swing between petrol and diesel to cope with this shift.

All this will mean a country that was once on a path to shunning diesel may well be embracing it. Some like Gulshan Ahuja, secretary general, FADA are backing diesel all the way. "Even if there is price parity between petrol and diesel, I would bet on diesel as the fuel of the future," says Ahuja.


Engines: know your diesel from petrol

Firing The Engine
Petrol engines get fired up with a spark plug. Diesel engines use direct fuel injection method in which the highly compressed hot air is used to ignite the fuel. During harsh winter, when the air isn't hot enough to ignite the engine (unlike petrol which gets ignited with a spark) diesel vehicles of the past have had starting trouble. But a new generation of diesel engines takes care of this problem.

Fuel Efficiency
Diesel gives more km per unit than petrol - because it has higher energy density and hence produces more energy per given unit. Diesel engines also use lesser fuel when idle as against petrol, by some account, just 1/3rd.
Example: Skoda Octavia (petrol) gives 8.1 km/l in the city as against the diesel which gives 10.7 km/l

Performance
Reaction to accelerator pedal, pickup for a petrol engine is faster and smoother. Diesel cars (without a turbo) have a slight lag in responding to the demand from the accelerator. But the latest CRDi engines with turbo chargers puts it neck-to-neck with petrol.
Example: Skoda Octavia (petrol) does 0-100 km in 9 seconds but the diesel takes 13.6 seconds

Power Factor
Diesel engines have a higher torque or turning power vis-a-vis the petrol ones. So when driving uphill on a lower gear, a diesel car will take lesser effort to drive up due to diesel's higher thermal efficiency and higher torque. This is the reason why heavy vehicles typically have diesel engines. But petrol engines give a far smoother, peppier ride
Example: Skoda Octavia (petrol 1.8) gives a maximum speed of 215 kmph as against diesel (1.9) that gives 175 kmph

Weight & Wear-Tear
Due to high compression ratios and high cylinder pressure, diesel engines must be built to withstand more wear and tear than petrol. As a result, critical car/engine components like crankshaft, cylinders have to be thicker and heavier. This makes them heavier and pushes up the sticker price.
Example: Octavia (diesel) gross vehicle weight is 1,855 kg as against petrol variant 1,810 kg

Click here to read the original article
Posted by Synergistics Limited at 01:05 No comments: