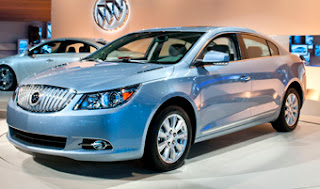 SHANGHAI – After experiencing rapid development in the past decade, China’s auto industry now faces tough challenges: overcapacity, rising material costs and slumping sales.
That’s the consensus among experts attending the ninth annual automotive industry forum held here by the China Europe International Business School.
Annual production and sales growth in China likely will drop 5%-10% this year and next, with some estimates as low as 5%, from previous highs of 25%, says Dong Yang, vice president- China Association of Automobile Manufacturers.
CAAM says industry sales reached RMB4.35 trillion ($684.4 billion) in 2010. But 2011 is proving to be difficult, with rising inflation and an appreciating yuan.
This is particularly the case for FAW Group, the third-largest auto maker in China, which has just revealed a third-quarter loss of RMB49 million ($7.7 million). FAW says its business was seriously affected by “tight monetary policy, inflation and the end of the government’s (vehicle-replacement) incentives program.”
Financing remains tight as Chinese banks are reluctant to lend, given the central bank has raised the 1-year deposit rate and lending rate by 25 points to 3.5% and 6.6%, respectively.
China’s consumer price index, which has been running high this year, rose 6.1% year-on-year in September. The Chinese government predicted the CPI would climb 5.5% this year from 2010.
What short-term succour exists for the Chinese auto makers comes with a green tinge: Local governments in six major cities – Changchun, Beijing, Shanghai, Hangzhou, Hefei and Shenzhen – now are offering subsidies up to RMB60,000 ($9,440) for consumers buying electric vehicles, sending a clear message that clean-energy cars should be the industry’s next big thing.
First in line, Shenzhen-based BYD launched China’s first all-electric passenger car, the e6 in October. The car is priced at RMB369,800 ($58,179) before local subsidies.
Foreign auto makers stress at the conference here plans to push into China’s EV market.Nissan Chief Operating Officer Toshiyuki Shiga notes his company’s electric Leaf, which is priced at about RMB208,356 ($32,780) in the U.S., recently received sales approval from the Chinese government.
EVs will not be the only alternative-propulsion vehicles in China in the next decade, says Zhang Jinhua, vice secretary general of the Society of Automotive of Engineers of China. Others, including hydrogen fuel-cell cars and hybrid vehicles, will generate significant sales by 2020.
“While electric cars are zero emission, hybrid cars are less-demanding on the infrastructure, and fuel-cell (vehicles) can be used for a long-distance drive,” he says. “They all have their own advantages.”
General Motors with joint-venture partner SAIC recently introduced a Buick LaCrosse with eAssist, which the auto maker says could lower average fuel consumption 20%.
Priced at RMB265,000 ($41,692), it also is the first model targeting the Chinese middle class that sells for less than RMB300,000 ($47,198). GM-SAIC plans to add capacity to build 410,000 vehicles a year in order to produce 1.9 million units annually by 2015.
FAW is adding capacity to produce 960,000 units annually by 2015, while Volvo-owner Geely plans to add capacity to manufacture 1 million vehicles, in order to reach 1.68 million units annually by 2015. Great Wall and Chang’an will add 1.3 million and 900,000 units of capacity, respectively, in the same timeframe.
The risk here of course, especially given falling demand and rising material costs, is overcapacity, especially for those auto makers that fail to improve marketing and research-and- development skills.
These are the key challenges facing Chinese auto makers in the coming years, says Bill Russo, Senior Advisor with the Booz & Company global-strategy firm’s automotive practice in Beijing.
Russo, a former Chrysler China executive, tells WardsAuto the market’s future will be decided by which auto makers get sales-and-service networks in place in the emerging second-tier cities.
This is where the bulk of new sales are expected to emerge as Beijing, Shanghai and Guangzhou restrict car sales to cut down on traffic congestion.
Russo predicts annual sales will hit 20 million vehicles by 2015, but he sees international brands’ local joint ventures retaining their dominance. The domestics’ biggest challenge will be overcapacity, he says. “Lower utilization at local marques will drive their manufacturing costs upwards.”
Exports offer one way out for brands saddled with excess capacity, and certain OEMs, such as Great Wall, have been aggressively expanding overseas sales. But there are issues to overcome. Marketing abilities remain a particular challenge for local brands both in export and domestic sales. Developing reliable parts and service networks are other weaknesses.
These issues partly could be addressed by foreign acquisitions, experts here say. Hangzhou-based Geely, for example, plans to sell 200,000 Volvos in China by 2015. And Tangshan-based Pang Da Automobile Trading and Jinhua-based auto maker Youngman are jointly paying €100 million ($138 million) to buy Sweden’s Saab. The deal is waiting for regulatory approval.
But Dong, of CAAM, warns going abroad is risky and requires a lot of research and negotiations. “You have to show the foreign government what kind of benefits you are going to bring them and comply with local regulations,” he says.
Auto makers in China believe increasing competitiveness will see profitability squeezed further, compelling them to expand their portfolios while also refreshing existing models.
Hua Ming, who runs a Volkswagen dealership in Beijing’s business district, has seen a 20% drop in sales so far this year, which he blames on the city’s new limits on car ownership. To compensate, he has opened a dealership in Shijiazhuang, the capital of neighbouring Hebei province.
Hua says Chinese auto makers have a chance to capture market share if they’re faster in expanding sales-and-service operations to lower-tier cities, where average per-capita income stands at half the Beijing urban average of RMB120,768 ($19,000).
“But all brands have to understand rural preferences for more durability and less fancy electronics and features,” he says.
– with Mark Godfrey in Beijing

Click here to read the original article at Wards Auto
Posted by Synergistics Limited at 23:34