Too Many Car Factories in China? 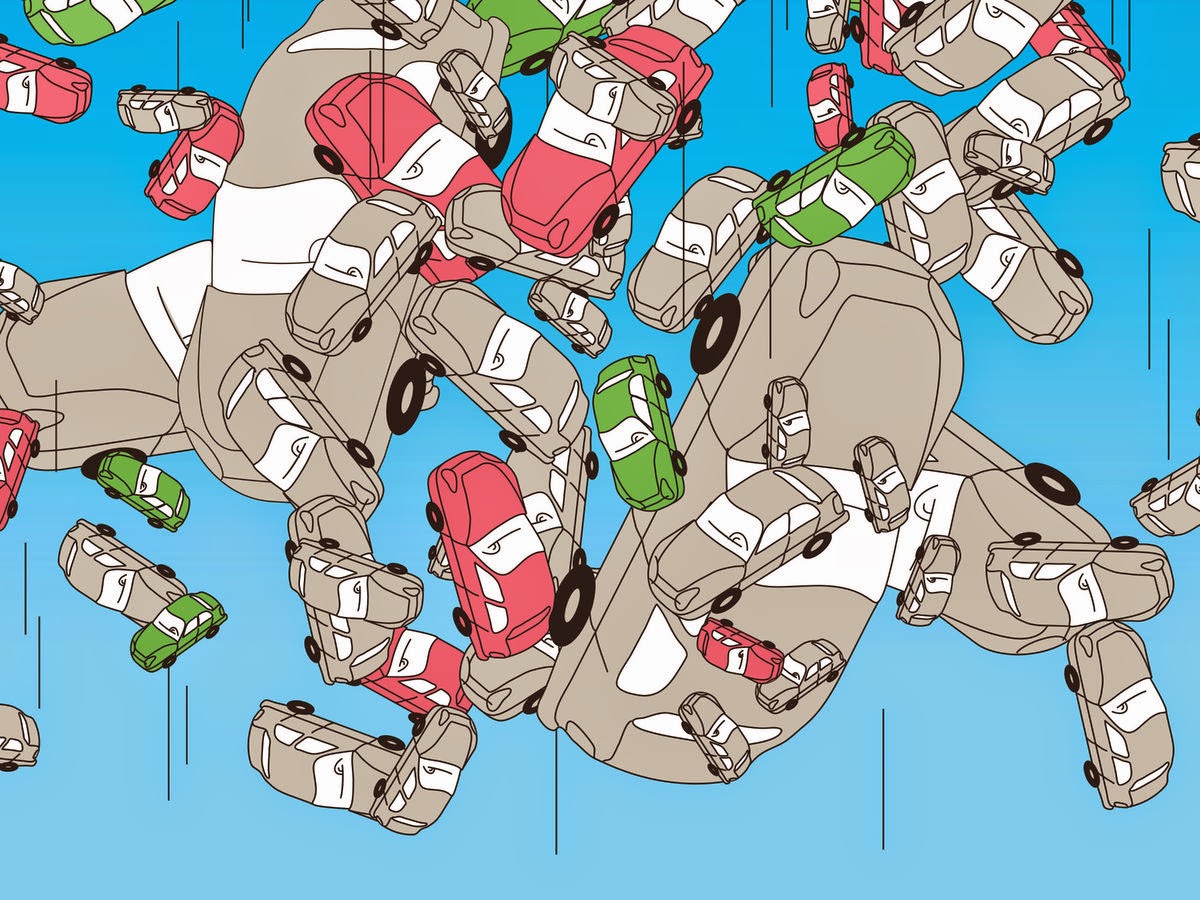 Automakers have been successful at adding factories. Maybe too successful

When consultant Bill Russo visited Chery Automobile’s headquarters in China’s eastern Anhui province about three years ago, he listened to the company’s plans to expand its factories to make as many as 1 million vehicles a year. But demand didn’t grow as planned. So Chery today has the capacity to make 900,000 vehicles annually—twice the number of cars it sold last year. Sales have slumped by one-third since their peak in 2010.

“Chery is a classic case” of overcapacity, says Russo, a former Chrysler executive who’s now a Shanghai-based managing director at consultant Gao Feng Advisory. “The pressure is that once they receive the permission [from government authorities] to build, they feel like they have to build.” Chery didn’t respond to requests for comment about its sales falling short of planned capacity.

Domestic and foreign-based carmakers are building more factories in China than anywhere else, a construction binge that risks hurting margins in what remains one of the world’s most profitable vehicle markets. By 2017 there will be 140 car production plants in China, vs. 123 at the end of 2014, estimates JSC Automotive Consulting.

According to IHS Automotive forecasts, factories across the mainland in 2015 will be able to build 10.8 million more vehicles than will be sold in Greater China. In North America, however, IHS expects plants to churn out about 3.2 million more cars this year than the factories were intended to produce when they were built.

Overcapacity is only expected to get worse for Chinese carmakers. China will have about 11.4 million vehicles’ worth of idle capacity by 2017, more than double that of European automakers, according to data from JSC and Deloitte Consulting.

Some carmakers already are regretting plans for Chinese plants that will open in the next few years, says Jochen Siebert, Shanghai-based managing director of JSC, who declines to name the companies. “But that decision has been made,” he says. “It’s done; they cannot backtrack.”

Plans for most of the factory space built in China in the past few years were put in motion during the global recession, when China proved to be a godsend while General Motors and Chrysler were being bailed out by the U.S. taxpayer and Europe’s auto sales seemed in free fall. The trouble is, too many carmakers sought the same refuge.

“When you get too many competitors with too much capacity, there’s just not enough growth to sustain everybody,” says Thomas Callarman, Shanghai-based director of the China Europe International Business School’s Centre for Automotive Research. “They’re all smart people, and they look at the right things, but I think they read the tea leaves wrong.”

For now, the China car market remains profitable. Chinese automakers accounted for 7 of the 10 carmakers with the highest profit margins in the world, with BMW’s Chinese partner, Brilliance China Automotive Holdings, topping the ranks at 8.2 percent in the past year, according to data compiled by Bloomberg Intelligence. Toyota Motor’s margin was 7.6 percent. Hyundai Motor and Volkswagen’s Audi count China as their largest market, with Subaru maker Fuji Heavy Industries standing out as the only car manufacturer among the 10 most profitable that doesn’t have a factory in China. 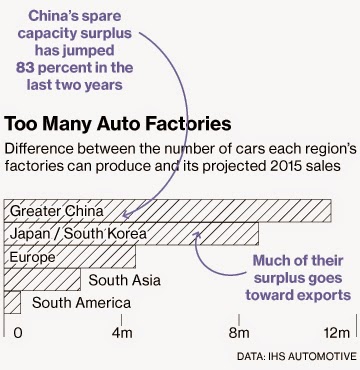 Foreign carmakers have been among the most enthusiastic factory builders in China, with Hyundai, Renault, and Fiat Chrysler Automobiles’ Jeep among those that have announced plans or are already building in China.

GM will soon sell Buicks made at a plant that opened last month, with plans to open a Cadillac factory later this year. GM has 22 factories on the mainland. Volkswagen, which is vying with Toyota and GM for the global auto sales crown, has 28 plants in China and will open three more within the next few years.

Jochem Heizmann, who heads Volkswagen’s China business, told reporters in November that the automaker has decided to expand its China capacity to more than the previously targeted 4 million autos a year by 2018 because it couldn’t build enough to keep up with demand.

In the next few years, however, increased competition amid slowing growth in car sales will result in lower prices, says Yang Yipeng, a Beijing-based analyst at Goldman Sachs’s Chinese affiliate. As the world’s second-largest economy cools, vehicle sales are forecast to expand this year at just half of 2013’s 8 percent growth, to 21.3 million passenger vehicles. General Motors President Dan Ammann said in January that he expects China’s sales expansion to slow over the next few years after being the main engine for the global industry’s growth for 15 years. Volkswagen in November also said the pace of expansion is becoming “more normal” in China.

The spare capacity may force carmakers to increase sales incentives, hurting profit margins, Barclays says. “This is a heavy asset industry,” says Song Yang, an analyst at Barclays. “When utilization trends down, margins will trend down.” Already, car dealerships in China are asking for financial support and lower sales targets from carmakers after a combination of rapid expansion of sales networks and increased restrictions on vehicle ownership by city governments hurt their profits. BMW agreed last month to pay 5.1 billion yuan ($815 million) to its dealers. Toyota will give $200 million to the dealers of one of its joint-venture partners, FAW Group, while Renault, which is building a plant that opens in China next year, said it will give its distributors more rebates.

The bottom line: By 2017, plants in China will be able to produce 11.4 million more cars than will be sold there, JSC Automotive forecasts.

Posted by Synergistics Limited at 22:54