How China Brands Took Over the World’s Hottest SUV Marke 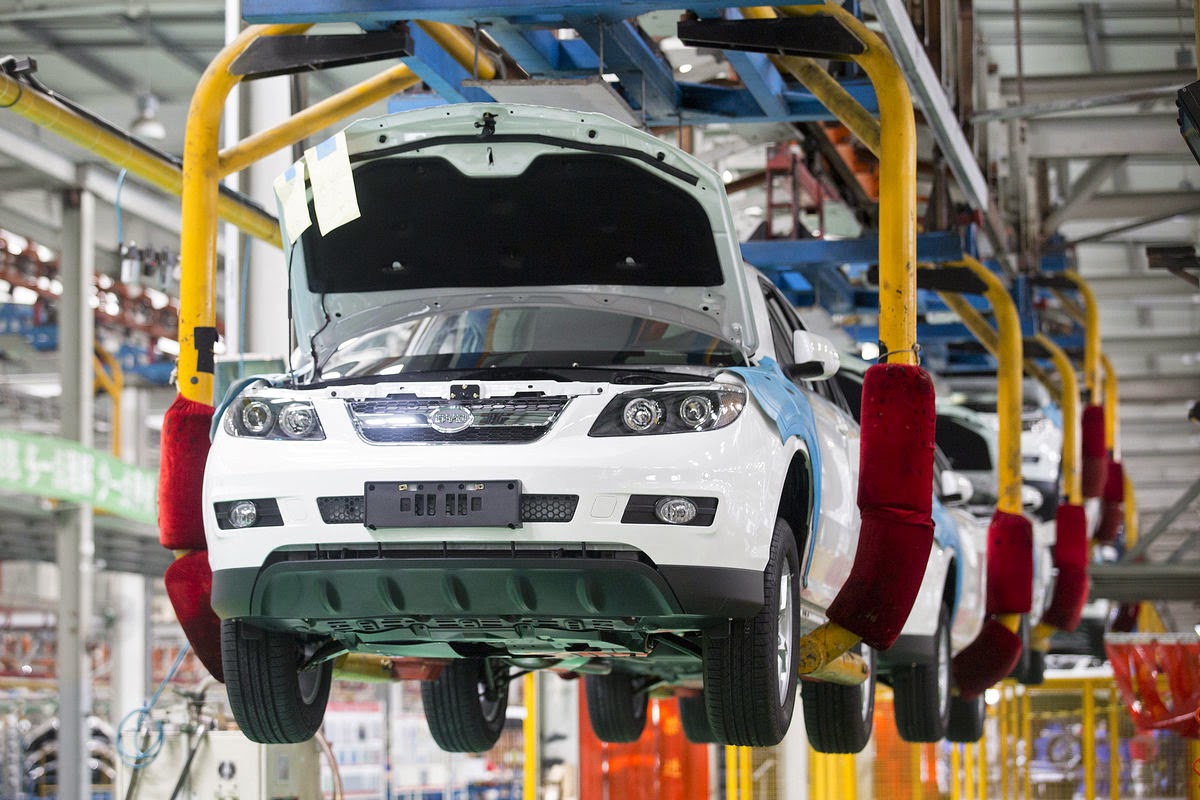 
After years of losing out to foreign brands, China’s automakers are winning in the world’s hottest SUV market by employing a tried-and-tested strategy: offering them cheap.

By flooding the market with comparable models at lower prices, Chinese automakers accounted for eight of the 10 bestselling sport utility vehicles in the first quarter, crowding out global nameplates like Toyota Motor Corp.’s RAV4 and Honda Motor Co.’s CR-V.

Chinese-branded SUV sales more than doubled in the first quarter to overtake foreign nameplates in the segment this year, accounting for 56 percent of all deliveries, according to data from the China Association of Automobile Manufacturers. At the Shanghai auto show next week, Honda will unveil a full-sized SUV concept that will compete for attention with local offerings like BYD Co.’s new Song and Yuan SUVs.

Almost half of the new and refreshed passenger vehicles slated for debut this year in China are SUVs, with about three-quarters of them from local automakers, according to estimates by Bloomberg Intelligence.

The average price of the bestselling Chinese SUVs in the first quarter was was 82,900 yuan ($13,380), versus 167,300 yuan for the foreign makes, according to dealership quotations compiled by Autohome, a car-pricing website.

The addition of new models is being accompanied by a surge in production. Annual output of SUVs in China is estimated to reach more than 7.04 million units in 2018, up from 4.32 million last year, according to researcher IHS Automotive.

The SUV success represents a rare win for China’s automakers, which have struggled despite heavy government intervention. Foreign companies are required to set up joint ventures with local carmakers to operate in the country, sharing profits and technology.

Utility vehicle sales accounted for 24 percent of the total passenger-vehicle market in the first quarter. Local carmakers have been fast to catch the shift in consumer preference from traditional sedans to more spacious crossovers, and fill the gap in the market for lower-priced alternatives.

“It’s about time Chinese automakers gained back some territory after losing out to foreign brands for so many years,” said Cao He, a Beijing-based analyst at China Minzu Securities Co. “But they have to watch their backs and make sure the growth is sustainable and they don’t put all their eggs in one basket.”

Posted by Synergistics Limited at 00:33 No comments:

CEO Dialogue:  The Next Golden Age of China’s Automotive Industry


A Chinese company’s new electric sports car is aimed at the luxury end of the market, currently dominated by European brands. The WSJ's Colum Murphy reports. 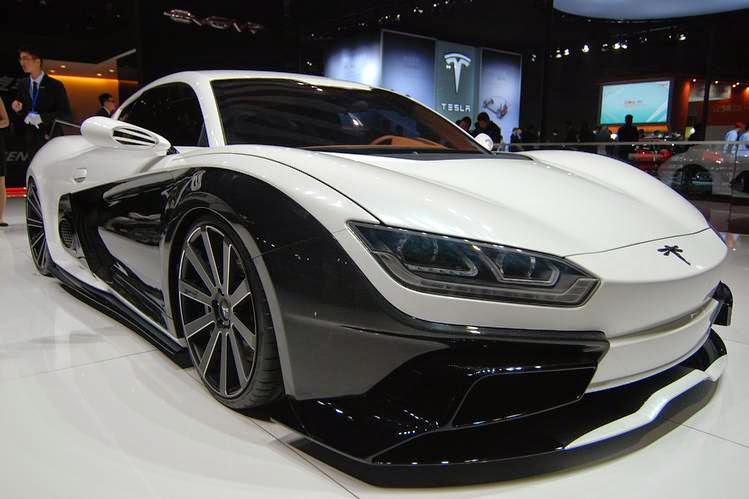 Lu Qun’s idea: design and build a battery-powered sports car that is cheaper than imported European gasoline-engine roadsters. If successful, Mr. Lu’s first car would go into production in late 2016 and challenge similar models from much bigger foreign companies.

British auto maker Aston Martin Lagonda Ltd. also has plans for an electric sports car that it will sell in China and everyone from Tesla Motors Inc. to Toyota Motor Corp. have big plans to expand electric-car sales here. Aston Martin Chief Executive Andy Palmer said he was aware of at least two other companies in addition to CH-Auto looking into similar electric-car projects.

Electric cars are enticing because the Chinese government has pledged substantial support for their development to address air pollution produced by conventional-engine vehicles. China also hopes adoption of electric cars will bolster energy security by reducing dependency on imported gasoline.

Sales of electric vehicles in China rose to 18,000 units last year, quadruple the number in 2013, according to the China Association of Automobile Manufacturers.
But success for electric-car makers in China—including Tesla—remains elusive. Shenzhen-based BYD Co. , backed by renowned investor Warren Buffett, has struggled for years to gain traction. Last year BYD sold around 21,000 pure electric and plug-in hybrid vehicles, according to the company. Tesla sold 32,733 vehicles globally last year. It doesn’t disclose sales figures for China, but for the year, Asia as a whole supplied 15% of Tesla’s sales.

Challenges include the high price of most electric vehicles, as well as difficulty in developing infrastructure such as charging stations for a nation as vast as China.
Mr. Lu says the solution is to give customers a reason to buy an electric vehicle, which is where sports cars—already high-ticket items popular with wealthy Chinese—come in. Mr. Lu plans to first target the high end of the market with Event, the name of the company’s first battery-powered sports car. Once the brand, with its dragonfly logo, is established, CH-Auto would follow with cheaper electric cars made in greater volumes.

This week, CH-Auto displayed three cars, including a high-tech two-seater that it said runs on a 48-kilowatt-hour battery and can go from zero to 100 kilometers an hour in 4.6 seconds. It claims a range of 250 kilometers (155 miles) and can be recharged in six hours using a standard 220-volt power supply.

The company didn’t reveal the price, saying only that it will be significantly cheaper than imported sports cars.

Industry analysts expect the Event to be priced around 700,000 yuan, or about $115,000. A Maserati Gran Turismo sports car, by comparison, costs 1.95 million yuan in China.

Industry watchers say the odds for success are still long, especially for lesser known companies like CH-Auto, which face costly investment in manufacturing facilities and difficulties in creating a brand.

“I don’t think it’s crazy, but the road ahead is fraught with potential pitfalls,” Mr. Palmer said of his potential competitors, which don’t have Aston Martin’s100-plus-year track record.

CH-Auto said it recognizes the challenges but is confident its vision is sound and it can adequately address any obstacles that may arise.

‘Can they do what Tesla does? That is a bit of a stretch.’
—, managing director at Gao Feng Advisory

Mr. Lu has selected Suzhou, in eastern China, for CH-Auto’s production base, and hopes to begin building a factory there this year. The company declined to say how much it is investing.

Eventually, CH-Auto hopes to produce as many as half a million vehicles a year, if it is successful in expanding into mass-market passenger cars, he said.
To finance production of its first vehicle, the company this summer plans to sell shares in the company on Beijing’s over-the-counter stock exchange that is designed for growth enterprises.

Mr. Lu said CH-Auto plans to go it alone, but he didn’t rule out partnerships with other companies.

Mr. Lu, who was chief production engineer of the Jeep Cherokee in China until 2003, says his dream is for the Event to become as famous as Chinese smartphone maker Xiaomi, online retailer Alibaba and drone maker DJI, and help China graduate from low-cost car-making to true automotive innovation.

But Mr. Russo said CH-Auto takes a different approach than China’s internet companies. “Their approach is innovation driven by product and technology. It’s not business-model innovation,” he said. “They probably can make a cool sports car and sell a few hundred, or even a few thousand. But can they do what Tesla does? That is a bit of a stretch” for a small, little-known company like CH-Auto, said Mr. Russo.

“When a technology is disruptive, newcomers have an edge on existing players,” said Oded Shenkar of the Fisher College of Business at Ohio State University. In addition, he said, the Chinese government is eager to nurture national electric car champions by offering assistance ranging from tax breaks to export rebates and preferential status for government procurements.

But for CH-Auto to benefit from such support, it will have to show first that it is viable as there are multiple contenders for such assistance, Mr. Shenkar added.
—Rose Yu and Lilian Lin contributed to this article.


Write to Colum Murphy at colum.murphy@wsj.com
Posted by Synergistics Limited at 18:18 No comments: